Dr. Price’s Nomination to be Secretary of HHS Advances

Key Takeaway: President Trump’s nominee to serve as Secretary of Health and Human Services (HHS), Dr. Tom Price (R-GA), is set to be considered by the full Senate to become the nation’s chief healthcare leader.

Why It Matters: The Senate Committee on Finance advanced Dr. Price’s nomination, despite some pushback from the Committee’s democrats, to the full Senate for consideration, which is expected to occur in the next two weeks.

A confirmation hearing has not yet been scheduled for the President’s nominee to serve as the Administrator of the Centers for Medicare and Medicaid Services (CMS), Seema Verma.

Why it Matters: On February 2nd the new Administration published a new EO, this one aimed at cutting regulatory costs in particular.  The new order states that for, “every one new regulation issued, at least two prior regulations be identified for elimination, and that the cost of planned regulations be prudently managed and controlled through a budgeting process.” It also calls for, “any new incremental costs associated with new regulations shall, to the extent permitted by law, be offset by the elimination of existing costs associated with at least two prior regulations.”

Key Takeaway: Congressional Republicans hinted this week that the Patient Protection and Affordable Care Act replacement package is not likely to be advanced until at least March if not much later in 2017, or even 2018.

Why It Matters: Despite early action in the 115th Congress to begin the budget reconciliation progress, it appears that the time table has shifted for a repeal or replacement to the Affordable Care Act or Obamacare. Last week President Trump alluded to the potential for ACA reform to slip as far as 2018 given other emerging priorities.

Early conversations suggested the ACA would be repealed before a replacement package was pursued, current reports lend to the repeal and replacement, or significant “repair” work to take place simultaneously.

Key Takeaway: CHIME is seeking clarity on some questions for Meaningful Use Attestation.

Why it Matters: CHIME’s public policy team has been fielding questions on data blocking attestation statements. We have received a report that providers are being asked to attest to a data blocking statement as part of their Meaningful Use attestation. Readers may recall that CMS finalized the requirement contained in the Medicare Access and CHIP Reauthorization Act of 2015 (MACRA) final rule with comment which calls on clinicians and hospitals to attest they are not data blocking. The rule, however, says providers would not have to attest to the statements until the performance period on or after Jan. 1, 2017.

Additionally, there seems to be some confusion is cropping up over the March 13 deadline for electronic clinical quality reporting measures (eCQMs).

CMS announced they will offer flexibility associated with reporting eCQMs for 2017. CMS stated in a blog posted on January 17 that it planned to extend the reporting deadline from February 28 to March 13. We have received several questions from members on this. It appears that hospitals must still attest to Meaningful Use by February 28, something that was not imminently clear upon publication of the blog post. Through the Meaningful Use attestation portal, hospitals attempting to attest individually (as compared to batch reporting) are being asked to state that they have already submitted quality data via IQR. Without CMS extending the MU attestation deadline or modifying the language on the MU attestation portal, this could force a hospital to have to report their data twice, once thru the MU portal and a second time through IQR. This would create an administrative burden. We have alerted CMS to this issue and they have said additional guidance is forthcoming.

Why it Matters: The ATA has released draft guidelines on stroke, pediatrics and mental health. The ATA is accepting comments thru February 20th.  Those interested in commenting can do so by visiting the below links: 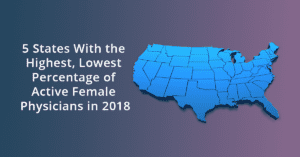 5 states with the highest, lowest percentage of active female physicians in 2018 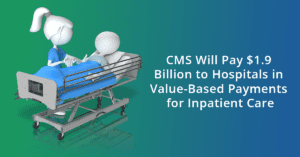 CMS will pay $1.9 billion to hospitals in value-based payments for inpatient care 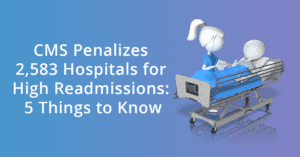